LONDON – I was taught as an impressionable schoolboy that monarchs, all them, were bad. George Washington, our national hero, turned up his nose at any suggestion that he become king of America.

So it is shocking to the wide-eyed boy who still lives within to realize that this week I will swear allegiance to Queen Elizabeth and become a British citizen.

The obvious question is why. 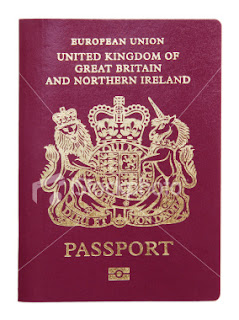 First of all, I’m not turning my back on the country of my birth, any more than I turned my back on Vermont when I moved to Florida. Nor am I fed up with American politics.

I’ve been alive a while now, and I’ve enjoyed some political eras more than others. But the thing to do is vote. I’ll retain dual citizenship and continue to vote in the U.S., just as I always have.

There are practical reasons, of course. I like living in Britain. Last spring, my family and I took a four-day weekend to the Loire Valley in France. You can’t do that from the U.S.

And taking British citizenship guarantees that, if I accept a journalistic assignment out of the country for a couple of years, I’ll retain the right to come back here.

Besides, my wife and step-daughter are from Moldova, in Eastern Europe. By becoming a British citizen, I’ll make it possible for them to do the same in the near future. Then we’ll be able to travel visa-free to huge swaths of the world. They can’t do that now on their passports; recreational travel can be extremely difficult.

All those things are true. But citizenship is a big thing. The thought of it sent me scurrying to read some of Winston Churchill’s histories, big books I’d carried around for years without reading. There’s more to it, really, it than just the practical.

Part of it is that the analogy of moving from one state to another, while not exact, is not that far-fetched in today’s world. There are a number of international marriages among the small team of editors in my office – a Brit married to an American of Venezuelan heritage, an American married to a Spaniard, me, and others. These unions occasion little surprise, just as few would raise an eyebrow at a marriage between people from Massachusetts and Minnesota.

Are we exceptions, because we are journalists who have traveled a lot? Perhaps. But in London, where I work, more than 300 languages are spoken every day.

In the United States, there is talk of building a wall.

And this, I think, is at root why I choose now to become a British citizen: I have trouble recognizing the world as seen through American eyes.

If I go to the home pages of the BBC or British newspapers, I usually see news of the whole world. There is coverage of Britain, of course, and of the U.S. – an important country, to be sure – but detailed, ongoing, fascinating and important coverage of the rest of the world, as well.

But if I go to the web sites of CNN or many major metropolitan American newspapers, their default home pages, most days, are likely to focus primarily – sometimes exclusively – on American news. You can find international news, but less than I wish, and you have to root around for it.

I realize that on occasion focus groups tell editors they don't want to hear all that much about the rest of the world. And that in turn forces difficult business decisions to be made.

But that’s a shame, because that ignorance is going to come up and bite people at some point. And it's too bad, also, because exciting things are going on that some Americans don't know about.

We are witnessing, in this era of globalization, one of the stimulating movements and mixing of people in history. A Bulgarian just cut my hair. One’s dentist in Britain is likely to be Polish. My step-daughter’s piano teacher is South African. Her best friend in school is from Hong Kong. 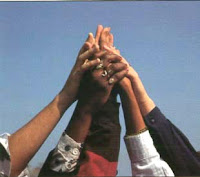 And it’s not just London. My wife and I live in the countryside. A woman who answered our questions at a local school today was from Latvia. The guy who leads yoga classes at the gym in our village is from Zimbabwe.

It’s interesting and educational and, yes, in some ways dangerous – no one, after all that has happened, can deny the challenges – and exhilarating and moving.

But the point is that, in the end, it's unstoppable, no matter now many walls are built or fingers are put in the dyke. It’s the future.