The Album That Almost Never Was: Marvin Gaye’s “What’s Going On” 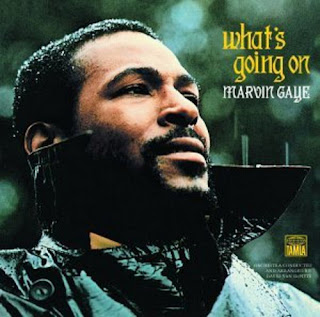 One of the greatest soul albums of all time was almost never recorded.

Had Marvin Gaye’s “What’s Going On” remained but a dream, Maria Muldaur’s latest album, “Yes, We Can”, would not exist. And music would have missed a cry from the heart that remains as movin 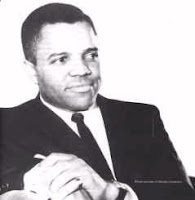 g today as it was nearly 40 yeas ago.

The problem was a dispute between Gaye, Motown’s biggest solo star, and Berry Gordy, the label’s founder.

During the 1960s, Motown racked up an extraordinary string of hits, crossing over to the white audience with Diana Ross & the Supremes, Smokey Robinson & the Miracles, The Four Tops, the Temptations, and Gaye himself.

This was dance music; its crossover appeal was rooted not only in its rhythms but also in its avoidance of social comment. Gaye had huge hits in the ’60s, all personal, none political: songs like ‘I Heard It Through The Grapevine’, ‘Ain't That Peculiar’, and ‘How Sweet It Is (To Be Loved by You)’. 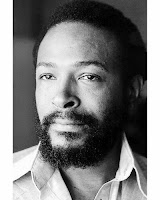 But society was changing. As the ’60s wore on, blacks, often lacking student deferments, were sent in disproportionate numbers to fight and die in Vietnam.

In the summer of ’65, racial tension exploded into six days of riots in the Los Angeles area of Watts. When the smoke cleared, 34 people were dead, more than 1,000 were injured, and nearly 4,000 had been arrested.

Motown’s hit-factory formula was becoming increasingly out of touch with the black experience.

Nor did Gaye fit the Motown mould. No pretty boy whose talents were limited to smiling, dancing and singing songs written by others, he was a complete musician, a successful drummer and hit songwriter before making it big as a singer—a complex, moody, thoughtful, talented man. 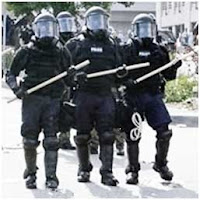 oo many of you dying/You know we’ve got to find a way/To bring some lovin’ here today.”

The song addressed the war in Vietnam and police brutality. Gordy called it “the worst record I ever heard” and refused to release it.

But Gaye said he would record nothing else unless the song was released. In early 1971, Gordy relented.

The song topped the Billboard R&B chart for five weeks. After which Gordy asked whether Gaye could record a whole album of songs like that.

later, in the grip of inspiration, Gaye recorded the album in 10 days. He wrote or co-wrote every track. He produced the album himself, spending as much time at the controls as behind the microphone.

The result was an enormous commercial and critical success.

‘“What's Going On” is not only Marvin Gaye's masterpiece, it’s the most important and passionate record to come out of soul music,” the critic John Bush has written on allmusic.com. 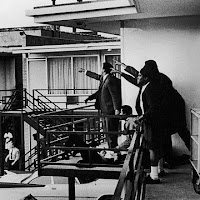 Even the cover heralded something different. Here was Gaye, suddenly bearded, no longer the manufactured star of TV dance programs, with the skinny tie and big grin. He’s walking in the rain, pensive, melancholy, hands in his pockets, drops of water flecking his hair and beading up on his raincoat.

And there’s the title: “What’s Going On.” No question mark: This is a statement. As the song says, ‘Come talk to me/So you can see/What’s going on.”

The music is gorgeous, from the haunting alto sax that opens the title track to the fading drumbeat that concludes ‘Inner City Blues (Make Me Wanna Holler)’. (The two bonus tracks on the CD should not be there.) It’s a symphony, gracefully shaped, a suite of songs that sometimes run one into the next, distinct but of a piece. This is pop that is orchestral, but quietly so; it’s jazzy, relaxed, a sweeter shade of mournful.

Over it soars one of music’s most soulful voices: Rolling Stone magazine put Gaye sixth on its list of The Greatest Singers of All Time. 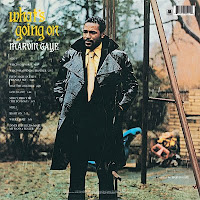 The album tackles all the issues Motown had avoided: war, brutality, addiction, pollution, the pouring of money into moon shots while inner cities decayed. There’s anger, yes: “Make me wanna holler/The way they do my life”, he sings. But there’s sadness and caring, too, and wistfulness.

The album included three huge hits: the title track, ‘Inner City Blues’ and ‘Mercy, Mercy Me (The Ecology)’. It cleared the way for countless other soul artists to address these issues and to write and produce their own work.

The album still sounds utterly current; covers from it continue to be recorded.

When Muldaur, distraught at the state of the world in the 21st Century, thought of recording a social jus 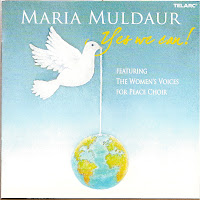 tice album, she thought first of the protest music of the 1960s folkies. But then she remembered that she didn’t really like it: it was marked by monotonous strumming; it had no groove. Then her thoughts turned to the black social consciousness music of the 1970s—started by Marvin Gaye with this album.

On “Yes, We Can,” Muldaur includes ‘Inner City Blues’ and others songs that followed from what Gaye had begun. This was the music she’d been looking for.

great post! It's amazing to hear of all the music Gordy DIDN'T like. It shows that even though he was a great songwriter and marketer, the artists were teh true musicians.