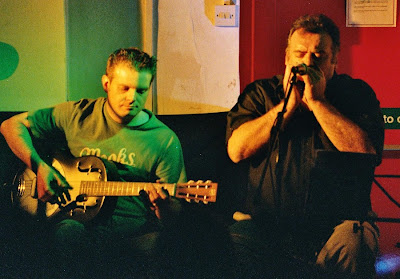 Heads of the Valleys

One hates to be too negative about this album, because both of these Welch sidemen are highly competent players. But competent can be a damning word in music.

The best bluesmen – all of them – have brought something original to the table. Not so here.

Mike Markey & Nick Jones have backed the likes of Water Trout and Zoot Money. Out on their own on this al

bum, they offer typical prewar two-man Blues: One guy on acoustic guitar and slide, the other on harmonica and vocals.

Jones’ imitations of the guitar styles of Robert Johnson and other old-time greats are skilful. Markey’s harp playing is equally so, although his singing sounds deeply rooted in the white experience.

There are fast songs, slow songs, humorous songs and songs where they perform the old trick of having the slide and vocals track exactly. But nothing makes you sit up and take notice. 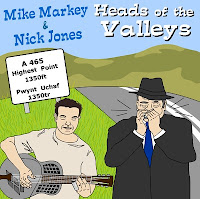 They do a cover of ‘Fishin’ Blues’, but if you think this matches Taj Mahal’s version – talk about original personalities – you’re mistaken. Not even close.

The music here, while well-played, is indistinguishable from any number of artists on any number of albums. Something’s missing, and it’s this: Markey and Jones have completely neglected to include anywhere in their music something of themselves.
Posted by M.D. Spenser at 15:27 1 comment: 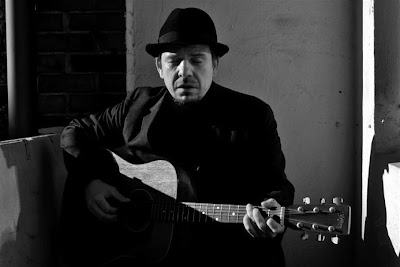 Listeners who value tasteful musicianship and quiet originality will find much to enjoy on this CD by the German Bluesman JZ James. With his mix of acoustic and electric guitars and his jazzy take on the Blues, James creates mood poems that go down sweet as honey.

The album’s dedicated to the pianoman Eddie Boyd, who fled America and settled in Europe, helping plant the Blues over here. James counts himself among Boyd’s children – metaphorically, we assume. These 11 originals are marked by great chord changes and intricate rhythms that make even slower numbers toe-tappers.

The opening track sets the tone: a gently 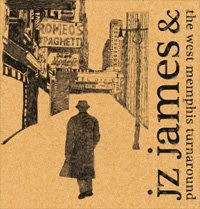 rolling mix of acoustic and electric guitars topped by mournful harmonica. “I would go home now baby/But I’m a stranger there,” James sings.

There’s a wonderful jazz-Blues tribute to Nina Simone: “But lady why complain/I believe that the songs you sung were not in vain,” he croons. OK, he says “not in wain,” but Bluesmen have always been allowed their idiosyncrasies.

“Ballad of Sallie Mae” tells of the murder of Robert Johnson over up-tempo fingerpicking on one acoustic guitar and percussive strumming on another.

Most songs feature acoustic rhythm, electric lead, tasteful drumming and upright bass, sometimes in a minor key. But the mood varies, as does the tempo; James always keeps our interest. One love song even has an exuberant bluegrass feel.

If you play this when friends are over, sooner or later they’ll prick up their ears and ask, “Who’s that?” Then spread the word.
Posted by M.D. Spenser at 01:10 No comments: 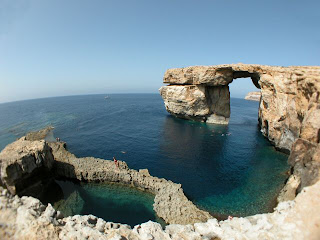 SAN LAWRENZ, Gozo, Malta – From the mouth of Calypso’s cave can be seen the spot where the Greek warrior Odysseus washed ashore, in Homer’s telling, 1,000 years or so before the birth of Christ.

Calypso held the warrior captive for seven years, promising him eternal youth if he would stay. Odysseus, who desired the nymph by night but wept for his family by day, declined the offer. At length he was set free on the order of the gods.

The island was called Ogygia then; today it is called Gozo and is part of the Mediterranean nation of Malta. Jud 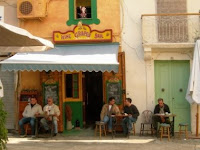 ging by the age of many of its 30,000 residents, no one since Odysseus has been granted eternal youth, either. Still, Gozo’s quiet blend of eras and cultures – from Phoenician to modern, from Arab to Sicilian – can rejuvenate the weary soul.

The island is small, just nine miles long and four miles wide, and obscure. It offers uncrowded beaches, cliff-top trails and meandering alleyways. The pace is slow. The views are pastoral. Cacti dot the terraced hills; in spots cathedrals rise impressively above it all.

Gozo lies in a strategic narrowing of the Mediterranean Sea, 60 miles from Sicily and 180 from North Africa. It has been ruled over the millennia by many people, Semitic and European; its language, Maltese, is a mixture of Arabic and Italian. 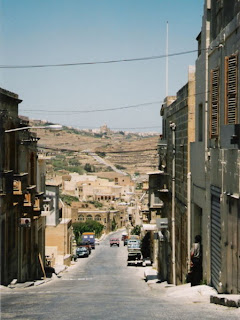 Gozo seems a place that is neither here nor there, neither now nor then. The capital city was renamed Victoria in 1897 in honor of England’s queen (and Gozo’s), but residents still use its former name, Rabat.

The island is reached by flying into Malta International Airport on the country’s main island (also called Malta). From there, Gozo is a 15-minute helicopter ride away.

Or, for a fraction of the price, the visitor can take a taxi to the other end of the island of Malta and hop a 30-minute ferry. The dark blue of the sea highlights the light gray of the volcanic cliffs that jut vertically from its waves.

On Gozo, one finds more history than just the volcanic crevice billed as Calypso’s cave. Visitors also clamber through the ruins of the Ggantija Temples. Built about 5,600 years ago, the two temples predate Stonehenge and the Great Pyramids of Egypt by hundreds of years.

They are impressive more for their antiquity than their current appearance. They are today little more than roofless rooms defined by walls of huge volcanic stones, bleached by the sun, eroded by time and as full of holes as Swiss cheese.

Nearby, a vendor relaxes on a folding chair, his wares displayed atop an old stone wall. Among other potions, he sells homemade carob syrup – “good for cold sore throat and asthma,” announces his hand-written sign.

Atop Victoria – or Rabat, if you will – sits the old walled city: a citadel, actually. It is worth a visit, even if getting there does involve a ste 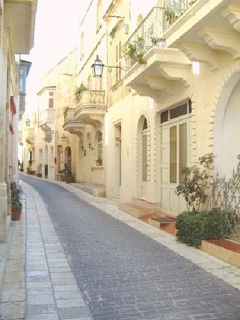 ep hike. One can tour the old jail, with its horrifyingly small cells with tiny windows through which captives must have been tormented by the twittering of free-flying birds.

Along the old city’s narrow, curving alleyways lie a number of museums devoted to folklore, natural science, archaeology and other themes.

The old city (current population: fewer than 10) is dominated by the Gozo Cathedral. Its ornate interior features huge crystal chandeliers, massive candle holders, and graphic statues of Christ stumbling under the weight of the cross and then nailed to it. The walls and ceilings of this echoing vastness are painted, carved and gilt; the floors are of marble.

Facing outward on the cathedral steps stand statues of two popes – Pius IX and John Paul II – alongside two cannons. The Maltese have always protected themselves with both faith and guns.

The island, like any self-respecting tourist destination, offers water sports such as parasailing, snorkelling and diving. There are first-class resorts, too: During my visit, I stayed at the Kempinski Hotel San Lawrenz, which features various pools, restaurants and wavin 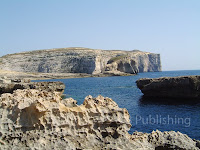 g palms, but there are others.

But the essence of Gozo’s considerable charm lies not in the water sports or the resorts, nor in the Roman ruins, the Ggantija Temples, or even Calpyso’s cave. It lies more in the walking trails and in the narrow, Italian-influenced alleyways of Victoria.

Here, the visitor wanders among 100-year-old houses of chipped masonry or stone. Religious icons are affixed to the doors. Geraniums protrude in unruly fashion from second-floor balconies.

Cats curl in sun-splashed doorways; nearby, women make lace, their nimble fingers enlacing 28 or more strands of thread into a coherent pattern.

Over the course of history, Gozo has been ruled by the Phoenicians, the Romans, the Byzantines, the Arabs, the Knights of St. John of Jerusalem, the French under Napoleon Bonaparte, the British and, since 1964, the Maltese.

But time has woven these strands together gently and seamlessly: the 5,600-year-old temples, the 3,000-year-old citadel and the century-old houses seem all of a piece. 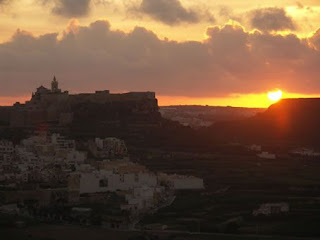