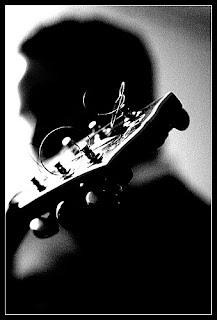 This is a half-decent CD buried under the weight of an insulting publicity campaign.

The album features an elderly Bluesman singing in the Delta style, accompanied mainly by just his electric guitar in the manner of Lightnin’ Hopkins. Some tracks include drums; on the best, the Marvel is accompanied also by a second guitar and harmonica.

Besides traditional tunes, the Marvel covers a song by Muddy Waters, after whom he patterns himself vocally; one by Little Walter, a Muddy sideman; and one by Hopkins himself.

The Marvel’s vocals are powerful if a tad grandfatherly. His playing is pleasingly rhythmic, although he hits, as the producer happily observes in the liner notes, “the occasional bum note.” 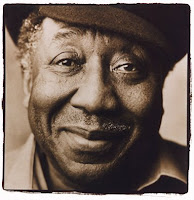 One can debate what constitutes raw versus polished, but it’s condescending to Blues performers to say that authentic equals bum notes. As John Hammond Jr. told Guitar World when Muddy Waters died: “Muddy was a master of just the right notes."

Speaking of condescending, the publicity campaign claims the Marvel is a 78-year-old who’s never reconciled his Blues with his religion. Fearing rejection by his church frie 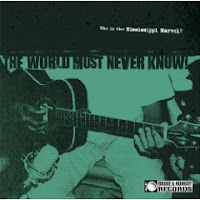 nds, he agreed to record this debut only if his identity was never revealed. The label has arranged at least one live performance in which the Marvel played concealed by a makeshift tent.

Sure, I believe that. And Paul is dead.

If you’re hankering for authentic – and skilful – Delta Blues, better to fill your shelves with Hooker, Hopkins and Muddy. The bottom line is that this CD is so-so.
Posted by M.D. Spenser at 07:10