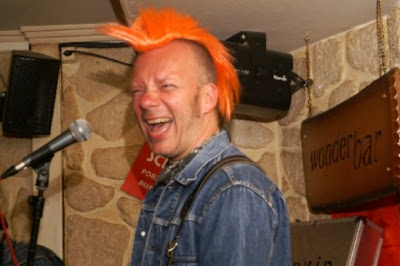 Don’t be put off by the ridiculous orange mohawk Pete Gavin wears in the album photos. This is a fine album featuring mostly Blues with a bit of country thrown in, all propelled by Gavin’s excellent electric slide and harmonica.

But first things first: This Pete Gavin should not be confused with the drummer of the same name. This one is a former physicist who cut his teeth as a musician on the streets of London and is now based in Germany. 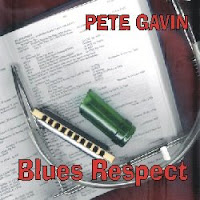 There’s some classic Blues on this album, with Gavin’s slide moaning over a bass and drums.

The promotional CD includes no credits, so it’s impossible to tell how many songs are originals. But there’s a mournful and effective reworking of Little Feat’s ‘Willin’’, the truck-driving song.

And Gavin’s version of Leadbelly’s ‘Midnight Special’ is acoustic, but rolling, driven and rhythmic.

Not everything works. The title cut, which opens the CD, is heavy, lugubrious, almost ominous bass-heavy rock – not an auspicious start.

And Gavin shows a few signs of too much club work and not enough time in the studio. Jokey novelty songs – the originals? – can slay a live audience but fail to fully come across on disc. And a fake American southern accent in a spoken bit can convulse a club of beer drinkers but not bear up on 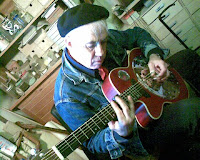 But that’s a minor cavil. Gavin’s version of ‘It’s My Life’, is all Blues, with hard-ass electric slide, and it alone is worth the price of admission.
Posted by M.D. Spenser at 17:40