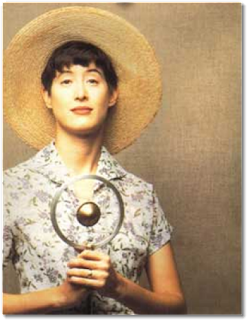 Whoda thunk we’d ever read about punk folkster Michelle Shocked in a blues review? But she makes a deserved appearance here with this excellent gospel album.

This set was recorded live at the Telluride Bluegrass Festival in 2003. From its song selection, to its musicianship, to Shocked’s vibrato-soaked singing, almost everything about this album makes it worthwhile.

It opens, fittingly, with “Strange Things Happening Every Day,” a song that cracked the Billboard Top 10 in the U.S. for Sister Rosetta Tharpe in 1944. It was Tharpe, with her mix of churchifying and bar singing, who brought gospel into the mainstream.

The choice tells us much about the contradictions within Michelle Shocked. Her parents, understandably divorced, could hardly have been more different. Her father introduced her to dirty blues. Her mother was a Mormon fundamentalist who committed her to a psychiatric hospital.

Shocked has somehow allowed her father’s blues and her mother’s religiosity to coexist inside her.

Other cuts are equally strong: a moving rendition of Billie Holiday’s “God Bless the Child”; The Band’s “The Weight”, with delightful pedal steel; a bitter original, “Quality of Mercy,” attacking a president who claims to value life while having, as Texas governor, presided over numerous executions. 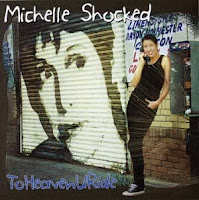 The album has one false note – and a clunker it is: a three-minute spoken paean to mixing religion and politics. Shocked’s politics come from the left, but this will still grate on some ears, as it should.

One other oddity: Shocked is just missing from one track, presumably having wandered off to take a break or maybe a pee.

The album ends with a reggae song called “Can’t Take My Joy.” This album offers a lot of joy. No telling why it took four years to make it from stage to CD. If you have any gospel feelings, don’t wait that long to buy it.
Posted by M.D. Spenser at 03:07