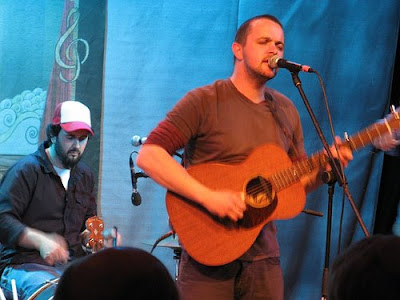 One of the great joys of being a music lover is stumbling across something as beautiful as this lyrical album of alt-folk. Unheralded, self-produced right down to the photos, this one’s a keeper.

The Mountain Firework Company is a six-piece band of Brits working primarily in an American vein. The sound is full: Guitar, banjo and mandolin are all fingerpicked at once, augmented by a fiddle and anchored by a double bass and tasteful drumming.

The opening cut, ‘Rolling River’ has the feel of John Hartford’s ‘Gentle On My Mind’ or even Harry Nilsson’s version of ‘Everybody’s Talkin’.

But on a deeper level, MFC’s music harks back to the folk that preceded the Blues—it’s not that this has a hint of Blues in it, it’s that the Blues has in it some of this.

The music’s gorgeous, the lyrics poetic. “Those stolen kisses in the moonlight/Were never yours to keep’, Gareth McGahan sings in ‘Love Is A Rose’, a song about love’s mortality. 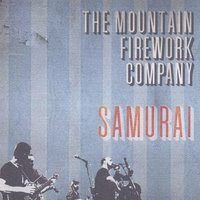 But this music is fresh, something all its own. Atmospheric songs in minor keys deal with dark subjects without feeling gloomy. On the title cut the violin adds a Celtic feel. The chord changes are wonderful, the musicianship stellar.

Seemingly out of nowhere has come this gem of an album. Very nice indeed.
Posted by M.D. Spenser at 15:30