Soul To Soul – A Concert For The Ages 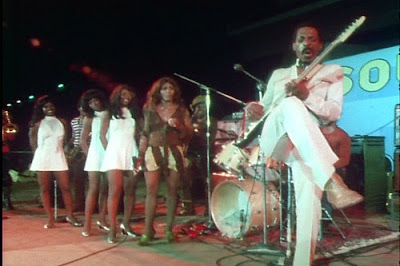 By M.D. Spenser
One of the most exciting R&B concerts ever staged took place not in America but in Africa. And it was originally the brainchild of a former prostitute.

The show, put on in Accra, the sprawling capital of Ghana, began March 6, 1971. More than 200,000 people packed what was then called Black Star Square, on the Gulf of Guinea, and went 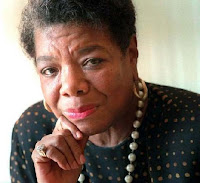 wild to some of the most supercharged soul you could ever want to hear. Featured were huge American stars like Wilson Pickett, Ike & Tina Turner, the Staples Singers, Carlos Santana and Roberta Flack, along with a variety of top African artists.

The show lasted 14 hours, until 6:45 the next morning. To watch videos of Tina Turner from that night is to see her in the peak of her fiery form, a dozen years younger than the woman who sang ‘What’s Love Got To Do With It’. Her feet are a blur as she shimmies across th

e stage, shaking a tailfeather in the best tradition of the era, and her vocals a scream of passion from deep within.

Not only did the show electrify those present. In time, it also showed the connections music can form—between African song and American, between white and black, and between past and future.

And it began with an idea from Maya Angelou, the celebrated American writer—and former prostitute.

“Music was my refuge,” Angelou wrote once. “I could crawl into the space between the notes and curl my back to loneliness.” 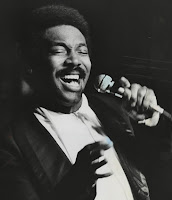 Another of her refuges was Africa. She lived in Ghana for a time in the 1960s. And it was she who suggested to the government of Kwame Nkrumah that black American artists be brought in to celebrate Ghana’s independence.

Nkrumah, a Marxist, was overthrown in a military coup—some say it was backed by the CIA—before the concert could take place. But the idea didn’t die.

In the end, the Soul to Soul concert was held in 1971, on the 14th anniversary of Ghana’s independence from Britain. It was a concert for the ages. A documentary about it was released later that year; the film was released again on DVD in 2004, along with a CD soundtrack. 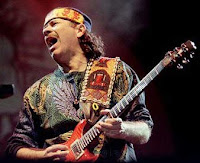 both continents fit side by side, each building on the excitement of the other. The way music bridges the races was evident, too: Many people remarked that the performer with the most African sound that night was not Wilson Pickett, for example, or Roberta Flack, but Carlos Santana, a white man born in Mexico.

The connections between past and future have become apparent over time. Just recently, when the jazz and Blues artist Lizz Wright was making “The Orchard,” her newest album, her producer showed her the film of Soul to Soul. Wright was mesmerized by Tina Turner; she heard in Turner’s voice something of her own experience, a feeling she wanted to capture on the new album.

In the end, she included ‘I Idolize You,’ a song sung by Tina but written by Ike Turner, then her 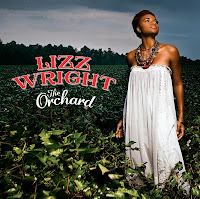 husband. Ike had started playing in the ’40s. In the ’50s he backed people like Elmore James and Otis Rush. You can hear him playing piano on early Howlin’ Wolf recordings.

And now, because of that concert in 1971, a song written by man who backed Howlin’ Wolf is the highlight of one of the finest, most progressive Blues albums of the 21st Century.
Posted by M.D. Spenser at 01:35 No comments: 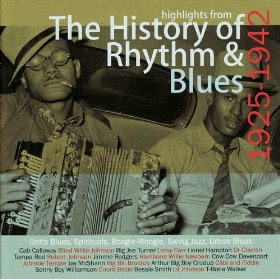 This exhilarating compilation covers the period almost from when the Blues were first recorded until Billboard magazine inaugurated its first sales chart for black music, the Harlem Hit Parade.

It runs from a rough and rhythmic field holler to the smooth tones of Lionel Hampton’s vibraphone, and encompasses along the way developments central to modern music: the introduction of slide guitar, the invention of the walking bass, the development of boogie woogie piano, the advent of swing. 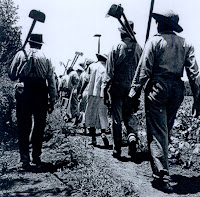 This album is a distillation of a four-CD set; as such, it’s an exceptionally strong collection, each of the 25 tracks a discovery, a joy. The liner notes are worth the price in themselves: Well-written and entertaining, they detail not only the history of each artist, but the context of each song. 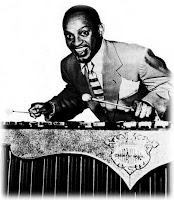 But some of the best stuff is more obscure: Arthur “Big Boy” Cruddup’s ‘Mean Ol’ Frisco’ is a treat, as is ‘I’d Rather Drink Muddy Water’ from The Cats and the Fiddle.

The most recent song on the album was recorded more than 65 years ago, but this is no dusty exercise in musicology. This is creative, vibrant music. Even today, it quickens the pulse.
Posted by M.D. Spenser at 00:42 No comments: