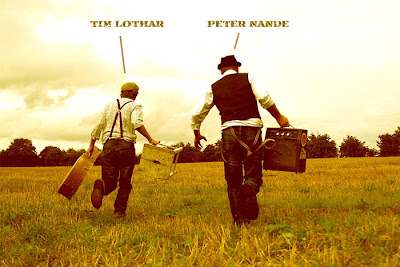 Two For The Road
Straight Shooter

From the first notes of this outstanding country Blues album you know it’s going to be fun. 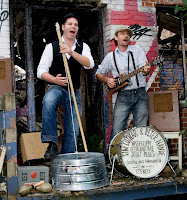 The rollicking beat and wonderfully relaxed feel of it all might make you overlook just how fine the musicianship is. But don’t.

Tim Lothar, originally a drummer, plays a style that’s pure blues yet recognizably his own: He combines fingerpicking, slide, and a drummer’s intricate sense of rhythm.

Peter Nande’s harmonica ranges from dance-quick and happy to as lonesome as a midnight train.

Lothar and Nande have each been named Danish Blues Artist of the Year, but to say that is almost to undervalue them: Who cares that they’re Danish? They should win some W.C. Handy awards: This is the best acoustic Blues album you’ll buy this year. 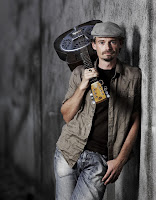 It’s produced by long-time American Bluesman James Harman—who, one critic has written, “is incapable of making a bad album.” His production (and guest vocals) infuse the outing with authenticity and humour.

One highlight is a cover of the Lovin’ Sam Theard tune, ‘Can’t Get That Stuff No More’ (wrongly attributed here to Tampa Red)—you just have to sing along.

The nine originals are stellar, too, from ‘Slow Train’, a jaunty toe-tapper, to ‘Rough Ride’, which Lothar’s loping drums and staccato guitar give a propulsive feel.

This album proves that Blues don’t come from place of birth: These guys get it. Beginning to end, this album is a damn good time.