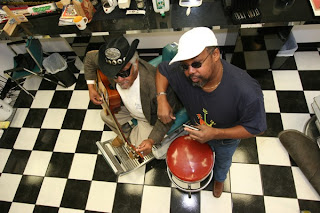 The album is based entirely on a singer with a guitar backed by a guy with a harmonica: think Cephas & Wiggins. This may be the Blues, but there’s no anguish, no intensity – just laid-back good times. 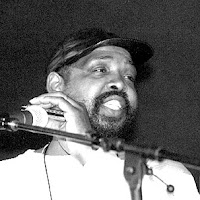 It would be an understatement to say the album includes old chestnuts. After starting with a very Bluesy ‘Black Cat Bone,’ the duo work their way through such standards as ‘My Blue Heaven’ (a song recorded not only by Fats Domino but Bing Crosby), ‘I’m Gonna Move Way On The Outskirts Of Town’ and ‘Blueberry Hill’.

‘Georgia On My Mind’ is surely a song that has been recorded often enough – not to mention definitively – but the duo manage a nice version, with Summerour’s harp sounding gentle and mournful over Williams’ slow, melodic picking. 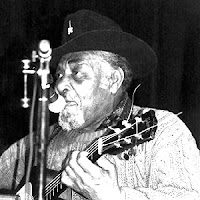 Mixed in with the Blues are country numbers – a Hank Williams tune, a song made famous by Loretta Lynn, even one popularized by Billy Ray Cyrus.

And the album concludes with a lively Blues with plenty of instrumental breaks to give both players a chance to show off their skills.

This stuff would sound fantastic played live in someone’s living room. As a CD it’s quite pleasant, but it’s not the most ground-breaking album you’ll ever buy.
Posted by M.D. Spenser at 00:16