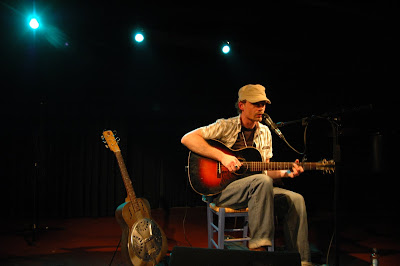 In It For The Ride
http://www.timlothar.com/

This engaging set of Delta stylings just might be the best acoustic Blues album you’ll buy this year.

It’s done with such seeming ease that you wonder about the secrets of its charms, yet hesitate to deconstruct something so graceful. But start with this: Lothar is a former drummer, and his guitar playing exhibits a sense of the intricacies, allure and endless possibilities of rhythm. 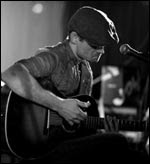 His singing, mellow and evocative, is never over the top, always in service of the song.

Though he’s Danish, Lothar has deep knowledge of the Blues: He unearths old Delta gems and brightens them with his infectious tempos. But his cover of Robert Johnson’s ‘Stones In My Passway’ is slow and haunting, carried by understated guitar and affecting vocals – an achievement.

And Lothar’s own songwriting is so good you have to read the credits to discover whether a song’s an original or yet another from Sleepy John Estes or Charley Patton.

The best lyrics, Lothar knows, hint rather than bludgeon. “A traveller I am by heart/The wind will lead m 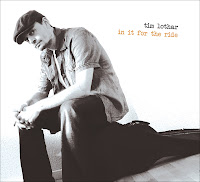 Another original, ‘Da Boogie’, is a jaunty instrumental ornamented with hammer-ons and trills.

Nothing on the album seems forced, contrived or imitative. Lothar really is in it for the ride. And we’re lucky to be able to come along.
Posted by M.D. Spenser at 16:56