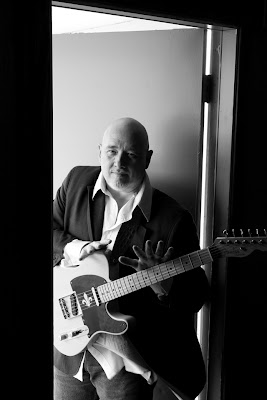 What begins as an album of minimalist swampy funk has some entertaining tracks – and some you’d want to permanently program your CD player to skip.

Louisiana guitarist Walter Jr. opens this album of 11 originals with the Bluesy, funky title track about a guy who sees a woman “dressed in red oozin’ high-heeled sin” and knows she’s ready for love by how she dances. It features bass, drums and two sparse guitars that concentrate on the staccato more than the sustained. Mix in tasty guitar solos, and it’s a track that augurs well.

But Walter starts to stumble on track four, ‘Never Make It Up’, about how you can’t make up for infidelity. It’s an absolutely gorgeous slow Blues and I would die to hear Etta James sing it. But Walter, whose growl is effective when he bites the words and spits them out, just doesn’t have the voice to carry the song’s sustained, mournful phrases.

The album returns then to enjoyable swamp rock. 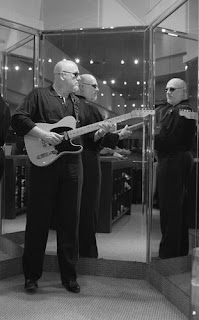 But it closes with two egregious religious tracks, just awful. “Jesus Say” begins with a portentous spoken intro, then veers into charitable Christian lyrics like “Jesus say, blessed are the meek/For they shall inherit the earth/Everybody else can just go to hell”. The closing track expounds on how “He holds the lightning in his hand” for six minutes and 20 long seconds.