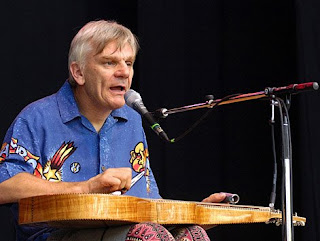 Have A Taste Of This

This album of lyrical lap slide guitar is worth your attention.

Doughty’s playing is deft, rhythmic and melodic. He fingerpicks while playing slide and the sound is as smooth and Bluesy as you’re likely to hear anywhere.

His singing is expressive, too—owing more, perhaps, to folk than to Blues.

Did I mention th 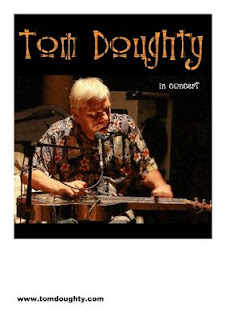 at a motorcycle accident in 1974 left Doughty paralyzed from the chest down, impairing movement in both hands? It’s not really relevant: You don’t hear it in his music.

He can’t move the fingers of his left hand; hence the slide, the open tunings, and the guitar in the lap. He says the strength of his right hand is diminished, too, but you sure can’t hear it in his picking.

Apparently, his guitars hung on his wall looking at him for 10 years until he finally decided he’d find a way play again, even with his diminished movement.

Now, he’s invited to lead workshops on technique. Far better to take Doughty’s music on his own terms, never mind the paralysis. 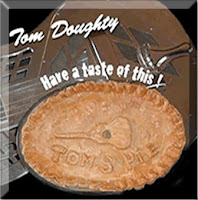 ‘Zimbabwe’, an original, is a bit obvious and ham-handedly political: “Mugabe/Killing machine”, he sings.

But ‘Jitterbug Swing’ is lively and jaunty. And Doughty plays a moving and mournful version of ‘Nobody’s Fault’ (“It ain’t nobody’s fault but mine”).