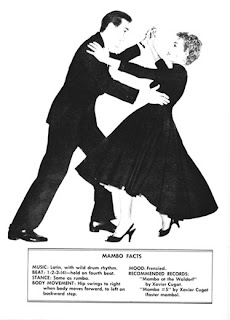 Don’t be misled by the title: This CD has little to do with rhythm and blues.

In the mid-’50s, Americans went nuts over the mambo. All across the country, people were gyrating wildly to the strains of Cuban music that presaged today’s salsa. Most songs had the word “mambo” in the title: ‘Mambo Boogie’, ‘Niki Niki Mambo’, ‘Mambo Baby Tonight’ and even ‘Mambo Santa Mambo’.

All the songs collected here were recorded between 1954 and 1957; this CD documents a craze. And as with any 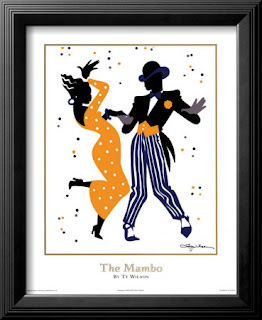 craze, it attracted a lot of artists looking to capitalize by superimposing a bit of mambo over their true styles.

Many had not a drop of Cuban blood in them. A number of these songs are doo-wop covered with the thinnest of Latin veneers.

There is some stuff here of interest to Blues fans: Ivory Joe Hunter does a nice job with ‘I Got To Learn To Do The Mambo.’ The Street Singers offer ‘Caldonia’s Mambo’, giving a Cuban flavour to one of B.B. King’s signature tunes. 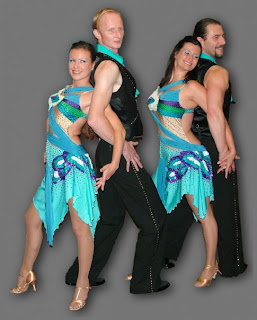 The great Ruth Brown weighs in with ‘Mambo Baby’, though it’s not her finest moment. The Platters and The Drifters make welcome appearances, too.