The guitar looks small in his hands and he plays it with the casual ease of a Vegas card dealer doing complex shuffles while chatting with a friend.

Chris Smither is one of the most delightful fingerpickers ever to pick up an acoustic guitar; his folk-Blues stylings are at the same time as intricate and as laid back as any you will hear. That in itself would be reason enough to see him but, as he showed at the Luminaire in October, it’s only the beginning of what he has to offer.

His immense catalogue of songs, written and polished over the course of his 40 years on the road, are jewels, all – each adorned with little pearls of weathered wisdom. 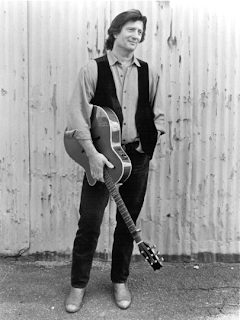 Take for example ‘Father’s Day’, a song he wrote recently for his own father. The concluding lines – these from a man in his 60s – are heartbreaking in their insight and their kindness: “Ain’t I done good? I needed that from you/And all I’ve got to say is, by the way, you done good too”.

And then there’s his voice, smoky and atmospheric. He seems to sing to each member of the audience in turn; you understand the songs – their pathos and their wisdom – in more richness that can be communicated by CD alone.

He’s contemplative, but he can rock, too: He did a rollicking version of his most commercially successful song, ‘Love You Like A Man’, covered as ‘Love Me Like A Man’ by 15 singers from Bonnie Raitt to Diana Krall.

He finished with ‘Leave The Light On’, about how at 64 he still has more to do. He was just one man with an acoustic guitar but when the last chord died the audience rose of one accord and roared.

For an encore, Smither ended where he began, with his laid-back picking to the fore. He did Blind Willie McTell’s ‘Statesboro Blues’, played as a guitar piece of dazzling complexity that seemed as easy for him as humming a tune down by the riverside on a lazy summer day.