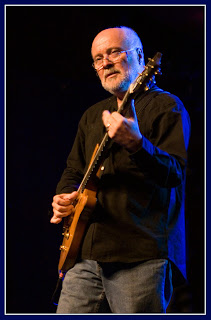 Some fine acoustic resonator slide graces this album, but there are clunkers among the high notes.

Jeremy Spencer is best known as the guitarist who deserted Fleetwood Mac in the middle of a tour in favour of a cult. His musical obsessions – now, as then – are rockabilly and Elmore James.

Four of the album’s 14 tracks are by James, the great Bluesman, and they are by far the best. ‘Red Hot Mama’ features Spencer and his relaxed, easy slide, backed only by a fine Blues rhythm guitar. Great stuff. At 60, Spencer remains in good voice. 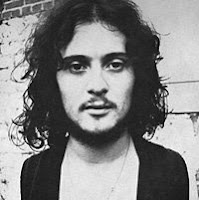 e some 50’s numbers – ‘Sea Of Love’, for example, or Carl Perkins’ ‘Pointed Toe Shoes’ – sung rockabilly fashion, with “huh-uh-huh-huh!” inserted in the middle of words.

The album’s worst numbers are the originals, which are preachy. ‘Bitter Lemon’ is about taking misfortune and making – you guessed it – lemonade. Then there’s the overly defensive song, ‘You Don’t Have To Be Black To Be Blue’. If you want to sing the Blues, just throw back your head and sing ’em – don’t explain why. Let your Blues explain themselves.

Still, the slide is nice, the musicianship good. 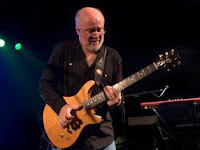 Second, those who care where their money goes should google Spencer. The music’s good but what you’ll find is disturbing.
Posted by M.D. Spenser at 00:36