Guy Clark was gruff but tender, homespun but poetic. And he was one of the finest American songwriters of the past several decades. 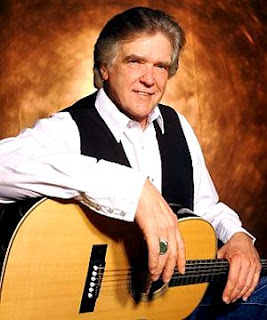 He sang of life’s truths, simple yet eternal. He knew, as well, how to have a rip-roaring good time. Music ain’t nothing if you can’t tap your feet to it.

He influenced a host of others songwriters, including Steve Earle and Rodney Crowell , and he learned from – and traded songs with – his best friend, Townes Van Zandt.

Clark died May 17 in Nashville, at the age of 74, having left an indelible mark on the American songscape.  His hallmarks were honesty and truth, and an avoidance of both artifice and artiness.

The Big Fat Wide Americana Hour, in the show to be posted Saturday, May 28, celebrates the life and legacy of Guy Clark, revelling in his songs – sung by him and by so many others, as well.

He wrote hits –“ L.A. Freeway” and “Heartbroke,” for example. But what is most impressive his his entire body of work. That, and the way his spirit lives on.

Because of his devotion to truth and his lifelong dedication to mercy and music, our country is a better place.

Tune in.  Turn it up. And get those feet tapping. Here it here: http://mdspenser.wix.com/mdspenser.